Pinch of each turmeric and black pepper

1) First cook the potatoes for the topping in a large pot of salted water until al dente and them set them aside to cool.

2) Start on the base; Line two baking trays with parchment and scatter the cauliflower florets on one and the mushrooms on the other, sprinkle both with a little oil and place them in the oven for about 20 minutes to roast.

3) Bring a little sunflower/rapeseed oil to a shimmer in a large saucepan, add the carrots, leeks, garlic, cinnamon and bay and cook until soft. Set aside.

4) In another small saucepan bring the wine, tamari and agave to a rolling simmer for about two minutes, add the potato or cornflour slurry and bring back to the boil while stirring continuously. The sauce will thicken in moments, take it off the heat and stir it into the carrots and leeks. Stir in the roast cauliflower and mushrooms.

5) Using a stick blender puree the mustard, turmeric, agave, black pepper and soy milk, slowly add the oil until it thickens into a mayonnaise of sorts. If you have a nutri bullet you can blend all the ingredients together including the oil. Fold the resulting mix though the potatoes and season to taste.

6) Spoon the base mixture evenly into a suitable oven dish and top with the potatoes. Place the dish back into the preheated oven and bake for 35-40 minutes until the top begins to brown. Leave to sit for a few minutes before serving. 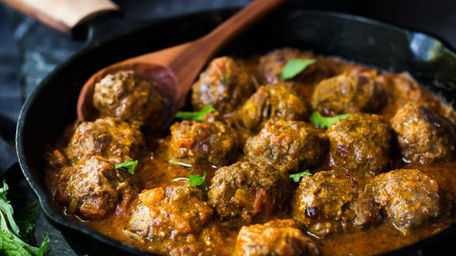 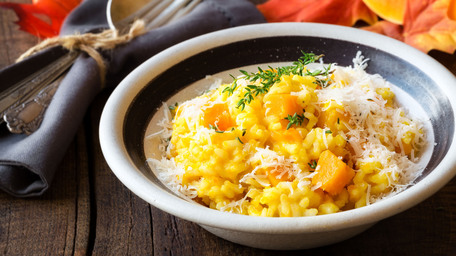 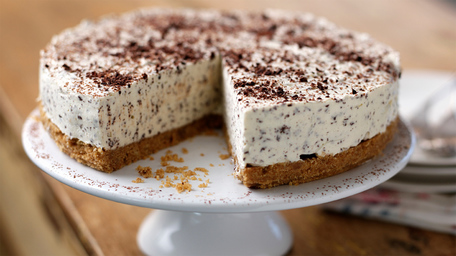 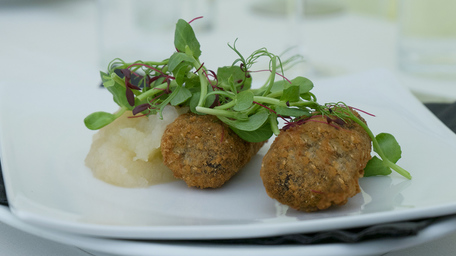 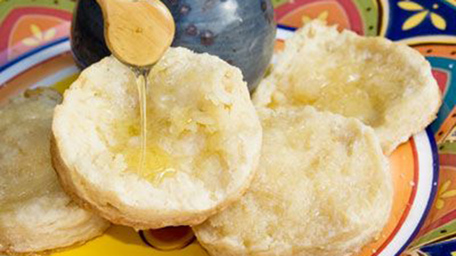 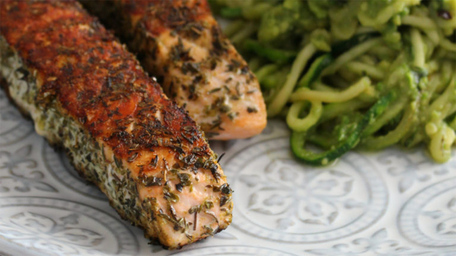 I'm A Celebrity Get Me Out Of Here
Episode 7

I'm A Celebrity Get Me Out Of Here
Episode 6