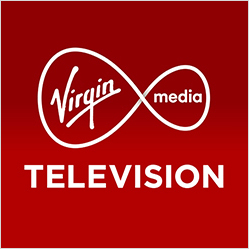 The group’s three free-to-air channels TV3, 3e and be3 will be rebranded as Virgin Media One, Virgin Media Two and Virgin Media Three. The rebrand will come into effect on August 30th 2018, when viewers will see the new channel identities on-air.

In addition, a brand new sports channel, Virgin Media Sport*, is being announced for Virgin Media customers. The channel will be the home of top class European football and the latest sports news.

In all, Virgin Media Television will air over 450 top-level football matches in the coming season including UEFA Champions League and the UEFA Europa League as well as Qualifiers for UEFA EURO 2020 together with a range of exciting fixtures from the inaugural UEFA Nations League that begins in September and from other top football tournaments. Graeme Souness will head up the panel of experts, bringing award-winning analysis and opinion to the most prestigious football competitions in the world.

After a momentous year for Irish rugby and in addition to exclusive coverage of the NatWest 6 Nations, the Heineken Champions Cup Rugby will be live and free-to-air television for the first time since 2006. Broadcasting nine live Heineken Champions Cup rugby games, Virgin Media Television will show one live group stage match per week, followed by one Quarter-Final and one Semi-Final, culminating in the Champions Cup Final in May.

Virgin Media Television will offer viewers a new, nightly 8pm News Bulletin. Fronted by journalist and broadcaster Claire Brock, it will deliver the latest news and breaking stories from all over Ireland.

The nation’s favourite talent show, Ireland’s Got Talent, has been confirmed for a second series. Ireland’s biggest talent search will be back on our screens in early 2019 with a call out for applicants now open – www.tv3.ie/igt.

Factual continues to be a major focus with brand new series Inside James’s, looking at life at Ireland’s biggest University Teaching Hospital; The Town, following families going through the high and lows of modern Irish life in Portlaoise; Revolting Ireland, with Simon Delaney, who takes us through a potted history of all things protest, from the 1913 lockout to the abortion referendum; and Inside Ireland’s Biggest Prison, which  takes us inside the Midland’s Prison to meet the prisoners and those responsible for keeping them behind bars.

The True Lives documentary strand will return for six brand new episodes and will look at everything from Donncha O’Callaghan’s Sporting Afterlife to David McWilliams: Back to the Future.

Tony Hanway, Group CEO Virgin Media Ireland said; “This move sees us strengthen our position as Irelands leading connected entertainment provider.  Bringing together our Broadband and Broadcasting networks under the unique Virgin Media brand is an exciting development for our viewers, our customers and everyone in Team Virgin Media.”

Pat Kiely, TV3 Group Managing Director said; “As part of Virgin Media, TV3 group channels have grown in scale and quality. It’s now time to build on this momentum and move to Virgin Media Television. This is a natural evolution as we bring our channels and platform closer together. Virgin Media One, the new name for TV3, will be the home of some of Ireland’s biggest and most popular shows with Virgin Media Two, Three and Sport giving our viewers and customers a diverse choice of great content. These are exciting times for media and we’re delighted to be at the forefront of the changing face of broadcasting in Ireland.”