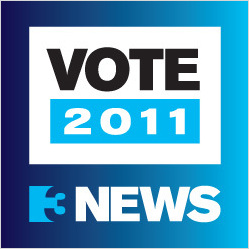 Vincent Browne’s Election Count will call it as it is from 3pm onwards as the first seats of the 31st Dáil are decided.

Elaine Crowley will have news updates on the hour with live links around the country, including from TV3’s Election Centre at the RDS, where six Dublin constituencies will be counted.

Alan Cantwell will host proceedings at the RDS, where he will be joined for expert analysis by Political Editor Ursula Halligan and Midweek presenter Sarah Carey.

Vincent Browne will be talking to leading political figures live from the counts, while in studio he will be joined by a variety of expert panellists, including former Labour leader Pat Rabbitte, Irish Independent journalist Sam Smyth and political analyst Odrin Flynn.

News at 5.30, TV3 News will provide a one-stop shop for all the main election headlines, featuring the key images and news stories from Count Day.

Vincent Browne’s Election Night Special goes on air at 11pm and will run until the early hours.

With the outcome of the election likely to be clear, Vincent and his guests will be examining who won and who lost, what is the likely make up of the next Government and what options will out political masters have to tackle the most important challenges facing the country.

Vincent will be joined by some of the day’s winners and losers, along with expert panellists including Irish Independent Political Editor Fionnan Sheahan and social media analyst, Gavin Titley of NUI Maynooth.

For fully updated results for all constituencies on the day, www.tv3.ie/vote2011 will have a comprehensive service providing all essential information.

There will also be regular Twitter updates with all the main headlines from @tv3newsireland.