IRELAND?S ONLY MOTORING SHOW REVS UP ON 3e 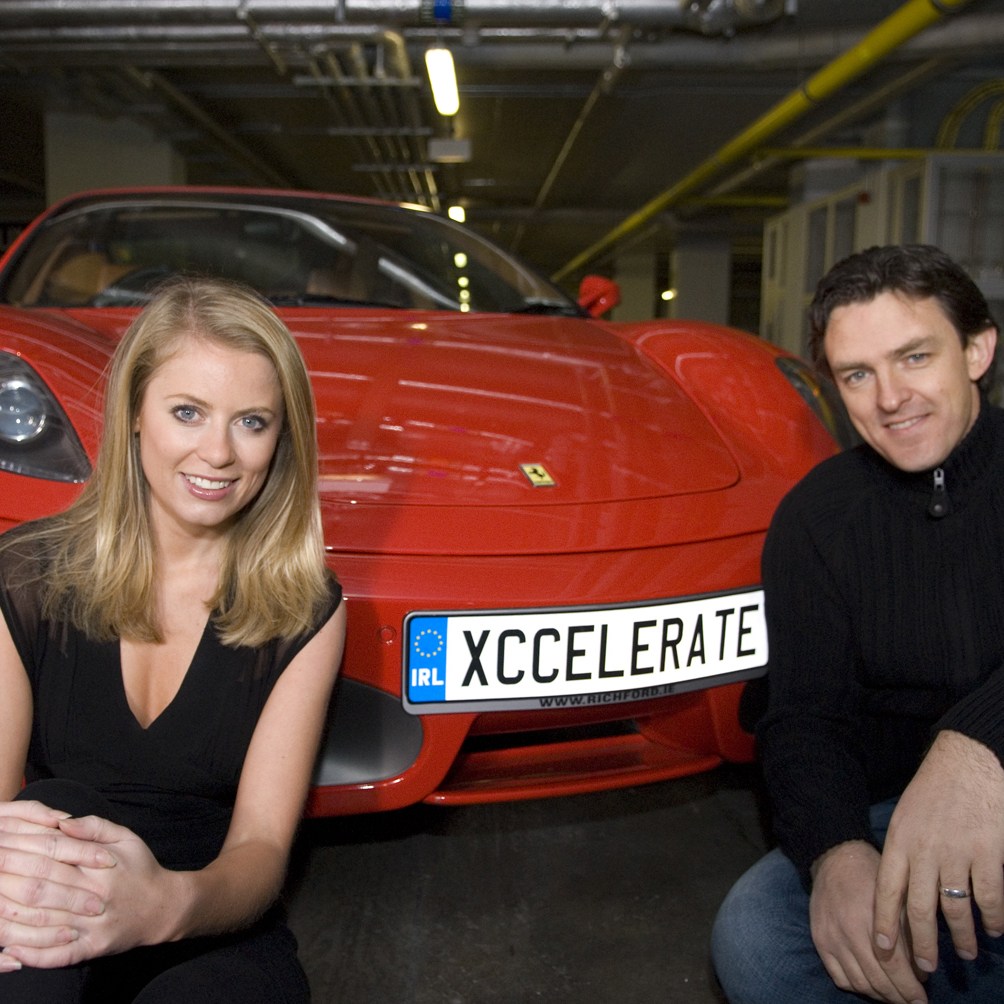 IRELAND’S ONLY MOTORING SHOW REVS UP ON 3e

Xccelerate has been given the green light to gear up on Irish screens from Friday 20th November 2009 at 7pm on 3e. Xccelerate is the only motoring programme on Irish television that is produced entirely in Ireland, with Irish cars, Irish locations and Irish presenters.

Produced by City Productions for broadcast on 3e, this new programme is the latest in an increasing number of locally produced programmes commissioned by TV3 and 3e and is expected to be hugely popular with audiences as it brings a fresh local flavour to motoring in Ireland. Presented by a highly-respected motoring journalist Conor Twomey and well known broadcaster Rachel Wyse, Xccelerate is intended to appeal to both genders of all age groups. While motoring shows tend to be aimed more at men, Xccelerate acknowledges that more often than not it’s women who have the final say about what car ends up on the driveway! For that reason, Xccelerate will deal with all types of vehicles, from the more affordable to the most desirable due to hit Irish streets in 2010.

The show also aims to put some fun back into motoring, but it won't be going completely over the top with wacky stunts and unattainable supercars every week. Xccelerate wants to inform as well as entertain and is set to surprise audiences by making everyday cars enjoyable to watch.

PLEASE NOTE THAT IMAGES HAVE BEEN SENT TO PICTURE DESKS

RACHEL WYSE – BIOG
Rachel Wyse, 24, graduated from the Institute of Art, Design and Technology in Dun Laoghaire with a degree in Business Studies and Arts Management and moved into television, producing and presenting her own entertainment/cultural programme on City Channel Television.

From there she branched out into sports presenting with ‘The Show Jumping Ireland Premier Series’ in 2008 & 2009 on Sky Sports, Horse & Country and TG4. Rachel was also selected by Leinster Rugby to become the face of their online television channel Leinster Rugby TV.

Rachel’s latest venture has moved her into the driver’s seat as co-presenter on Irelands’ only domestic motoring show Xccelerate, a six part series broadcasting on 3e.

Outside of her TV career Rachel has competed internationally for Ireland on two European show Jumping Championships teams and has competed on the Irish National circuit for the past several years.