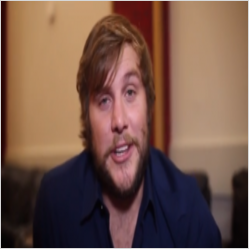 Produced by John Kelleher Media in association with the BAI, the Irish Film Board and TV3, filming of ‘The Guarantee’ will get underway in the TV3 Sony HD Studio on 21st July.

‘The Guarantee’ will air on TV3 and be shown in selected cinemas nationwide in November 2014.

3Studios will go into production on a landmark feature film entitled The Guarantee on 21st July. Directed by Ian Power (The Runway), the film recreates the drama surrounding the most significant political decision in modern Irish history when the Irish government decided to guarantee the entire domestic banking system.

Written by Colin Murphy and based on his stage play for Fishamble, The Guarantee stars an ensemble cast, including David Murray as Brian Lenihan/Wilson, Gary Lydon as Brian Cowen/The Developer, Orla Fitzgerald as Kate Walsh/Hedge Fund CEO, Morgan Jones as Sean Fitzpatrick/O'Sullivan and Peter Coonan as David Drumm/The Central Banker. It is being produced by John Kelleher Media in association with the BAI, the Irish Film Board and TV3. Wildcard has acquired the worldwide rights for The Guarantee which will see the drama also hit the silver screen. As well as being shown on TV3, The Guarantee will be shown in selected cinemas nationwide.

The Bank Guarantee was the most significant decision in modern Irish history.

On the night of September 29, 2008, the Irish government decided to guarantee the entire domestic banking system. That decision was made by a handful of men in a room in the middle of the night. By the time the costs can be fully counted, in another 30 years or so, it will have cost over €60 billion – the most expensive bank rescue in history. The Guarantee tells the story of that night, and what led to it. Starting four years earlier, it charts the peak of the boom and the beginning of the bust.

The first half of the drama is a story of hubris: how the Irish establishment blithely ignored the warning signs from abroad, and from its own Cassandras, and failed to rein in the property market and the wider economy. The second half of the drama shows the key players in the establishment as they struggle to come to terms with the unfolding of the consequences of their earlier hubris, during the month of September 2008, as the global banking system buckled and the Irish economy faced collapse.

It is a gripping drama of classical proportions, in which the tragic hero is Ireland. Like Cinderella, Ireland was the poor sister of Europe, who finally got a chance to go to the ball. But when she got there, she forgot herself; she stayed past midnight, and suddenly all her riches returned to rags.

At the heart of the drama are the figures of the Taoiseach, the Minister for Finance and the Central Banker, Officials in the Department of Finance and the heads of the key banks. Elsewhere, the character of a Hedge Fund Manager in London brings an external viewpoint on events. Other characters come and go, but these are the key decision makers. The film moves quickly between locations, moving ever quicker towards the night itself, as it charts the end of the boom and the onset of the global financial crisis.

More details about The Guarantee and the cast will be announced in the coming weeks.

John Kelleher Media was established in 2011 to develop and produce films, television drama, documentaries and digital content. Drawing on a wealth of media expertise and experience, the company also supplies professional consultancy services on request.

The company is headed up by John Kelleher, who produced and directed many award winning programmes while at RTE, including Strumpet City, which he executive produced. Appointed Controller of Programmes of RTE 1 Television, he was responsible for launching Today Tonight.

He has produced six cinema films, including Eat the Peach, six television drama series and numerous documentaries. Appointed Film Censor in 2003, he was responsible for significantly modernising what it now known as the Irish Film Classification Office.

The company's Head of Development is David Power who has just produced 'A Disconnected Rhythm', an arts documentary for TV3.