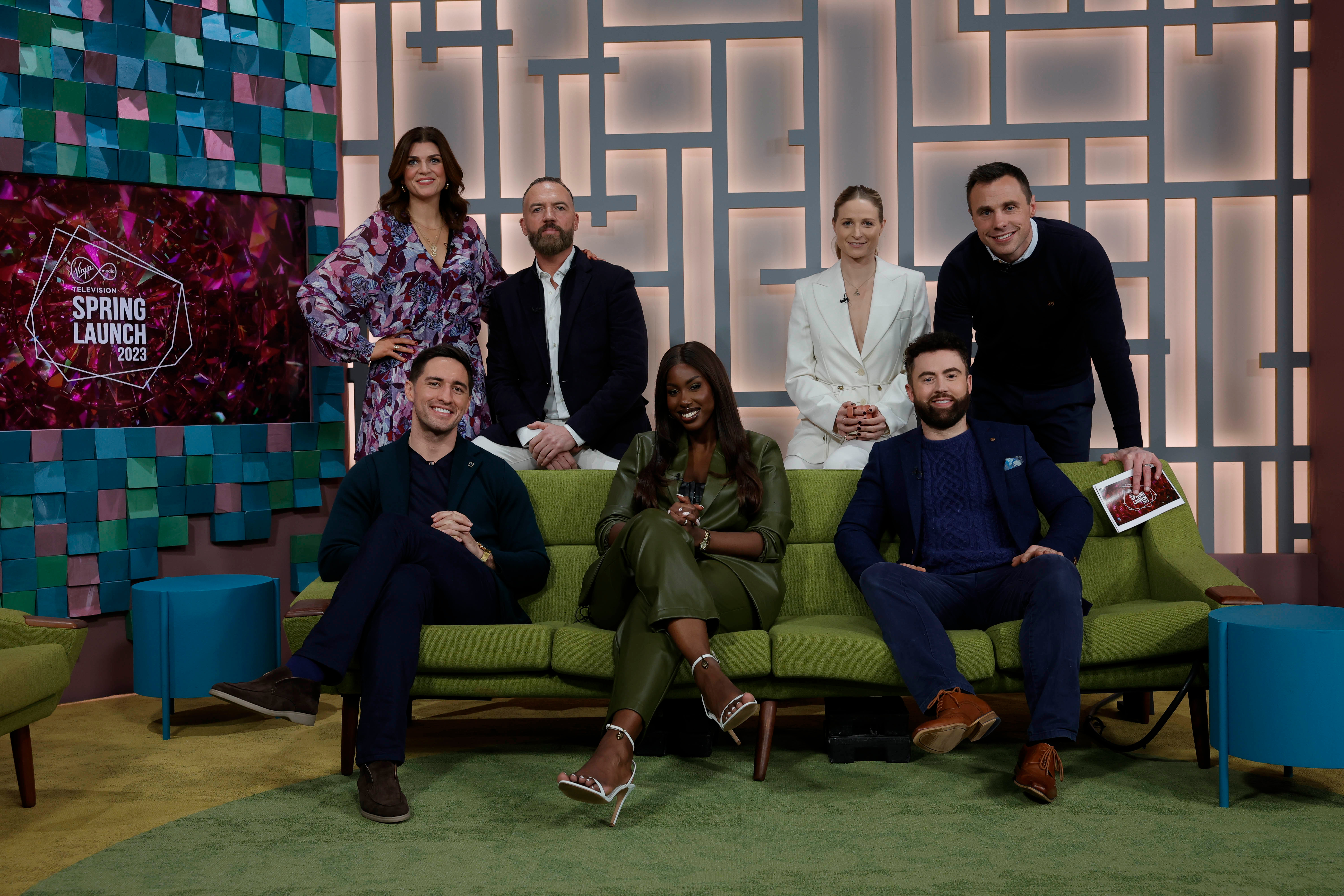 “After a record-breaking 2022, I’m excited to launch our spectacular spring TV schedule with brand new Irish shows, the best of international drama and entertainment, premium sport and new boxset releases.

“With a huge variety of choice across our four channels, viewers are in for an exciting season of content including the ‘Guinness Six Nations’ kicking off in February and Ireland’s favourite reality dating show, ‘Love Island’ returning for its winter edition next week after a staggering 15 million streams in 2022 on the Virgin Media Player.

“Our live daily studio shows, from ‘Ireland AM’, ‘The Six O’Clock Show’, ‘The Tonight Show’ and ‘Virgin Media News’ will also provide viewers with over 38 hours of live and local content each week so viewers are sure to be informed, engaged and entertained no matter what they decide to watch this spring.”

A host of brand new Irish factual and entertainment shows will be launching this season including the brand new six-part property show, fronted by Liz O’Kane and Michael Fry, ‘How To Buy A Home’. Starting in March, this series unpacks the unfiltered realities Irish people face in the search for a home. Following real life experiences, this series takes a raw and honest look at the emotional rollercoaster, challenges, and hard-won joys of buying a home in Ireland.

‘Stories From The Street’, a new three part documentary launches in February and follows the lives of homeless people in the capital, capturing an unflinchingly honest and sometimes difficult account of life and death, on the street. Across the series, we meet people like Cian, who holds down a full-time job as a builder while sleeping in a doorway, Martin & Shauna a young couple who are trying to survive life in a tent as they keep on trying to find couple's accommodation in a homeless shelter and Tommy, whose battle with homelessness and addiction hasn't stopped him becoming a rapper.

Series two of ‘Eating With The Enemy’ starts this Monday, 16th January, featuring some familiar faces such as George Hook and TikTok star, Miriam Mullins. This six-part social experiment series, that takes the debate of Twitter and presents it face-to-face, explores what happens when two strangers with diametrically opposed views sit down together for a conversation over dinner. Will they find common ground, or will there be fireworks?

We find out if the Irish public are really as healthy as they seem in the brand-new docuseries ‘The Clinic For Well People’ airing right now on Virgin Media One. The four-part series shows us what happens when people with no underlying symptoms are invited to come for a full medical check by a team of medical professionals. The doctors at the clinic carry out tests including bloods, ECG, body composition, audiology, and an eye test while every episode features a variety of medical topics that emerge from the health checks.

Renowned Irish chef Dylan McGrath takes the spotlight this March in his brand-new show ‘Dylan McGrath’s Secret Service’. In this four-part series, Dylan is on a mission to prove that with the right opportunities and backing, everyone has potential to achieve their dreams. Five people who haven't had life handed to them on a plate, take up the ultimate culinary bootcamp to work with Dylan and see if they can pull off a secret service to raise money for charity.

VMTV will also air the ground-breaking series ‘Inside the Hospice’ in May, which will deal with death and grief in Ireland through unprecedented access to terminally ill patients on their journey from diagnosis to their final days under Our Lady’s Hospice and Care Services.

Brand new Virgin Media News documentary ‘Trump's Last Stand’ charts Donald Trump's road back to the White House, as Richard Chambers meets those whose lives have been upended by the political division, violence and conspiracy theories that have divided America. This documentary examines the biggest obstacles on Trump's road back to power and includes exclusive interviews with the former President's closest advisors who say their old boss will stop at nothing to make it happen again.

‘The Tonight Show’ returns for another series with Claire Brock and Ciara Doherty, live every Monday to Thursday, looking at the big news stories of the day with a panel of studio guests.

Ireland’s longest running breakfast TV show, ‘Ireland AM’ and ‘The Six O’Clock Show’ will continue to offer viewers the very best in entertainment across the day, as well as keeping you up-to-date with all the latest news across the country and internationally on ‘Virgin Media News’, Ireland’s trusted independent news service.

We are continuing to deliver the very best in world class drama with a number of standout series to kick off the start of 2023. Our very own Aidan Turner stars in the highly anticipated series ‘The Suspect’ about Dr. Joe O'Loughlin, a clinical psychologist who is brought in by veteran police officer to assist in an investigation that could be a suicide, but also could be a murder. ‘The Walk In’ starring Stephen Graham tells the story of MP Jo Cox who is murdered in the street by a right-wing fanatic. National Action decide this is the moment to avenge the ‘downfall of white society’ in Britain, and plan to escalate a terrifying situation into a full-blown race war.

Continuing the drama, ‘Litvinenko’, played by David Tenant, is a powerful new drama based on the November 2006 polonium poisoning of Russian defector Alexander Litvinenko. This four-part series tells the story of his fearless widow Marina (played by Margarita Levieva), who fought tirelessly to convince the British government to publicly name her husband’s killers and acknowledge the Russian State’s role in his murder.

Alongside that, the gripping series ‘Four Lives’ sheds light on the crimes of Stephen Port who murdered four young gay men in London, focusing on their loved ones’ tireless efforts to uncover the truth of what happened. Based on the true story of serial killer Stephen Port and the investigation which finally brought him to justice, Four Lives looks at the devastating impact Port’s crimes had on the families and friends of his victims and on the wider gay community in London.

Irish actor Niamh Algar will take the leading role in ‘Malpractice’, a five-part medical thriller series that sees her play Dr. Lucinda Edwards, a doctor who is faced with an enquiry into the death of one of her patients. ‘Karen Pirie’ reopens a cold case of a murdered barmaid while ‘Without Sin’ stars Vicky McClure and presents a relationship which develops between a grieving mother and the man she believes murdered her daughter.

The sizzling reality series ‘Love Island’ returns with two seasons for 2023 with the first one kicking off next Monday. Join brand new host Maya Jama as she shows us around the new luxurious villa in South Africa. Skip ahead to the Summer and we will welcome the second series of the year in sunny Majorca.

Plus, the very best of international entertainment with ‘The Masked Singer’ along with ‘Dancing on Ice’ starting this Sunday with a new line-up of celebs taking to the rink including last year’s Love Island winner, Ekin-Su; Ant and Dec return for another series of ‘Saturday Night Takeaway’; Stephen Fry explores how nearly all life on Earth is impacted by our annual journey around the sun in ‘ A Year of Planet Earth’; Brand new ‘The John Bishop Show’ and ‘I’m a Celebrity All Stars’ an all-stars version of I'm A Celebrity... Get Me Out of Here! with Carol Vorderman, Dean Gaffney, Gillian McKeith, Shaun Ryder and Mylenne Klass among the 15 former campmates set to make a return; and Britain’s Got Talent’ is back with a new judging panel.

With more sport than ever before, viewers will enjoy the best of world class free-air sport, starting with Rugby’s Greatest Championship, the ‘Guinness Six Nations’ landing back on our screens this February, along with the highly anticipated return of football’s more prestigious tournament, the ‘UEFA Champions League’ as well as the ‘UEFA Europa League’ and the ‘UEFA Europa Conference League’, with live games every Wednesday and Thursday night. The best of UK horseracing will also feature this sporting term including the Cheltenham and Aintree Festivals in March, along with ‘'Formula E’ and ‘Extreme E’.

Also, coming later this year, chilling Irish drama series ‘The Vanishing Triangle’, starring Irish actors India Mullen and Allen Leech. This six-part series is inspired by true events that shocked Ireland in the 1990’s as a number of women in the east of the country vanished, without a trace. They disappeared inexplicably and suddenly, and no substantial clues or evidence of their fate has ever been found despite large scale searches and campaigns by the Gardaí to find them. Plus, brand-new comedy drama series ‘Faithless’ co-written by and starring Baz Ashmawy. This comedic drama series follows Irish-Egyptian dad, Sam, who is presented with the life altering responsibility of raising his three young daughters alone. That is until his irresponsible but irresistible younger brother moves in to ‘help’… and never leaves.

That’s not all, the hunt is on for singletons looking for love for our brand-new dating format ‘Grá ar an Trá’. Shooting this summer, this is the Gaeltacht like you’ve never seen it before. ‘Grá ar an Trá’ will see singletons couple up and get cosy, as they get to grips with the language… and each other. Through fun tasks, cheeky challenges and romantic rendez-vous, our couples will compete to find love and be crowned the couple with the most focal.

If that’s not enough for you, Virgin Media Player is busting with boxsets. Starting with the iconic ‘Real Housewives of Beverly Hills Season 8’, and ‘Real Housewives of Orange County Season 12’, alongside hilarious new comedy series ‘Spreadsheet’ and a brand-new season of the much loved ‘Bump’ there is something for everyone. Jaw dropping drama series ‘DI Ray’ is also on hand while you get up to speed on all the unseen bits of the famous trio in ‘Gordon, Gino & Fred Unseen Bits’. There are many more boxsets ready to be binge right now at just the click of a button and all for free. 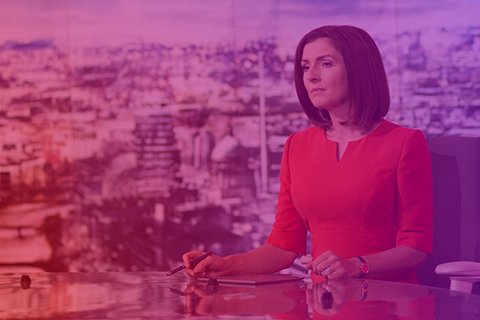 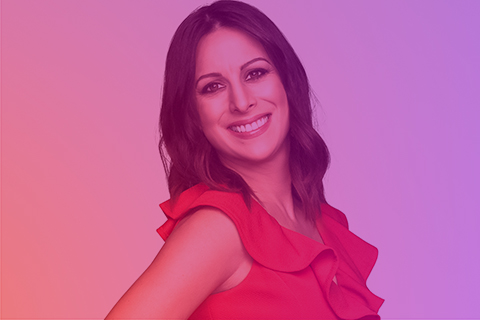