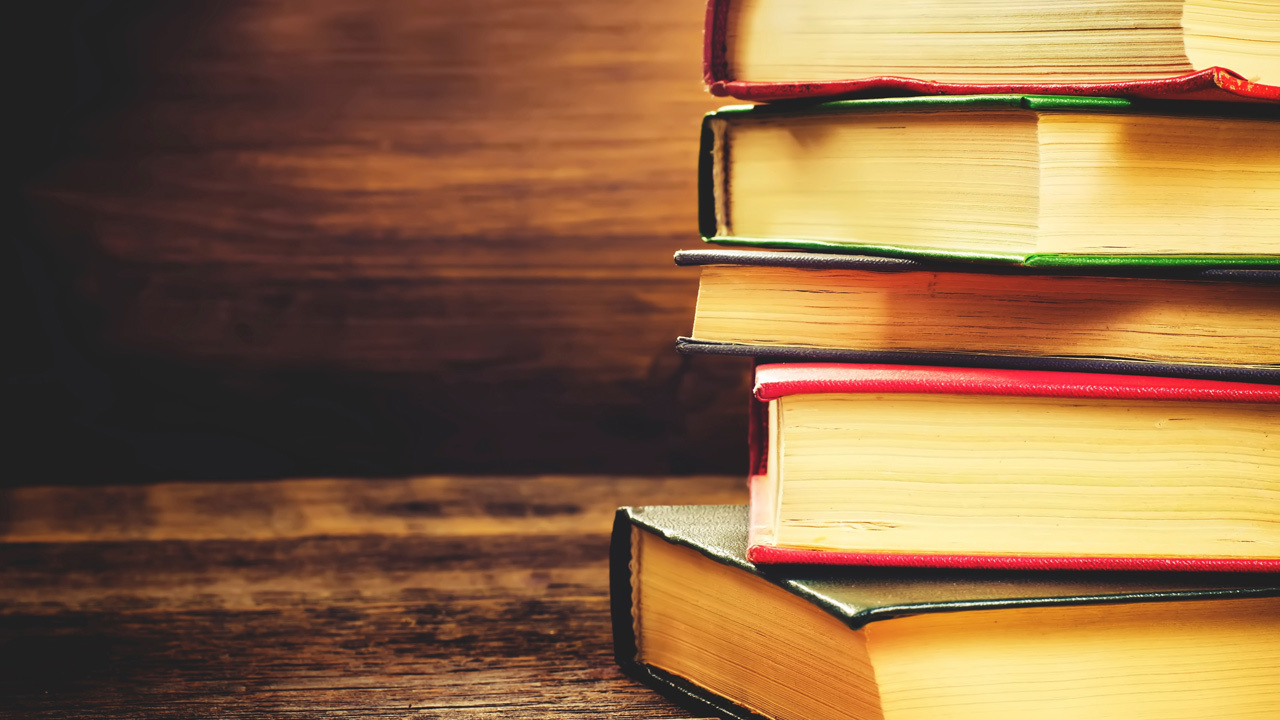 Book reviewer Aine Toner joined us this morning with her pick of the books you'll want to get your hands on in 2021
Book details below:
FEEL GOOD
The Road Trip by Beth O’Leary
Addie and her sister are about to embark on an epic road trip to a friend's wedding in rural Scotland. The playlist is all planned and the snacks are packed.
But, not long after setting off, a car slams into the back of theirs. The driver is none other than Addie's ex, Dylan, who she's avoided since their traumatic break-up two years earlier.
Dylan and his best mate are heading to the wedding too, and they've totalled their car, so Addie has no choice but to offer them a ride. The car is soon jam-packed full of luggage and secrets, and with four hundred miles ahead of them, Dylan and Addie can't avoid confronting the very messy history of their relationship...
Will they make it to the wedding on time? And, more importantly... is this really the end of the road for Addie and Dylan?
AKIN TO THE HANDMAID’S TALE
Madam by Phoebe Wynne
For 150 years, Caldonbrae Hall has loomed high above the Scottish cliffs as a beacon of excellence in the ancestral castle of Lord William Hope. A boarding school for girls, it promises that its pupils will emerge 'resilient and ready to serve society'.
Into its illustrious midst steps Rose Christie, a 26-year-old Classics teacher and new head of department. Rose is overwhelmed by the institution: its arcane traditions, unrivalled prestige, and terrifyingly cool, vindictive students. Her classroom becomes her haven, where the stories of fearless women from ancient Greek and Roman history ignite the curiosity of the girls she teaches and, unknowingly, the suspicions of the powers that be.
But as Rose uncovers the darkness that beats at the very heart of Caldonbrae, the lines between myth and reality grow ever more blurred. It will be up to Rose - and the fierce young women she has come to love - to find a way to escape the fate the school has in store for them, before it is too late.
HISTORICAL FICTION
A Net for Small Fishes by Lucy Jago
Frances Howard has beauty and a powerful family - and is the most unhappy creature in the world.
Anne Turner has wit and talent - but no stage on which to display them. Little stands between her and the abyss of destitution.
When these two very different women meet in the strangest of circumstances, a powerful friendship is sparked. Frankie sweeps Anne into a world of splendour that exceeds all she imagined: a Court whose foreign king is a stranger to his own subjects; where ancient families fight for power, and where the sovereign's favourite may rise and rise - so long as he remains in favour.
With the marriage of their talents, Anne and Frankie enter this extravagant, savage hunting ground, seeking a little happiness for themselves. But as they gain notice, they also gain enemies; what began as a search for love and safety leads to desperate acts that could cost them everything.
THE BIG, BIG BOOK
Girl A by Abigail Dean
Lex Gracie doesn’t want to think about her family. She doesn’t want to think about growing up in her parents’ House of Horrors. And she doesn’t want to think about her identity as Girl A: the girl who escaped. When her mother dies in prison and leaves Lex and her siblings the family home, she can’t run from her past any longer. Together with her sister, Evie, Lex intends to turn the House of Horrors into a force for good. But first she must come to terms with her six siblings – and with the childhood they shared. Beautifully written and incredibly powerful, Girl A is a story of redemption, of horror, and of love.
YOUNG ADULT
All Our Hidden Gifts by Caroline O’Donoghue
Maeve Chambers doesn't have much going for her. Not only does she feel like the sole idiot in a family of geniuses, she managed to drive away her best friend Lily a year ago. But when she finds a pack of dusty old tarot cards at school, and begins to give scarily accurate readings to the girls in her class, she realizes she's found her gift at last. Things are looking up – until she discovers a strange card in the deck that definitely shouldn't be there. And two days after she convinces her ex-best friend to have a reading, Lily disappears.
Can Maeve, her new friend Fiona and Lily's brother Roe find her? And will their special talents be enough to bring Lily back, before she's gone for good? 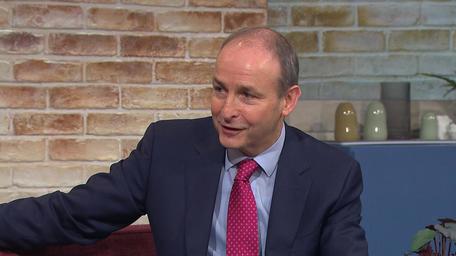 As the pandemic enters its most dangerous phase yet in Ireland, we put all your COVID related questions to An Taoiseach Micheal Martin 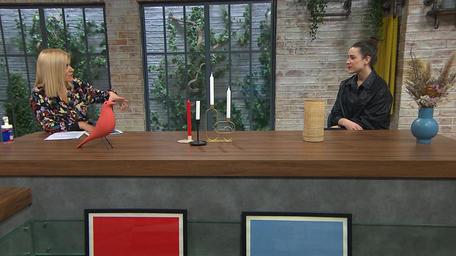 With people spending more time within the four walls of their homes, renovations and ways to upstyle your home are becoming common topics of conversation. 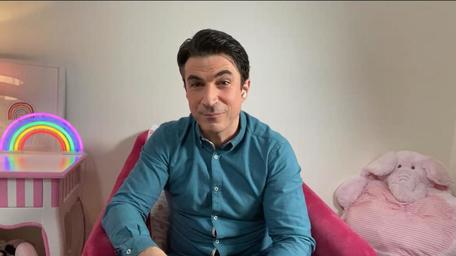 As lockdown continues, we're all finding ourselves with a lot more time to spend in front of the box. And with so much on offer, it can be hard to decide what to watch. 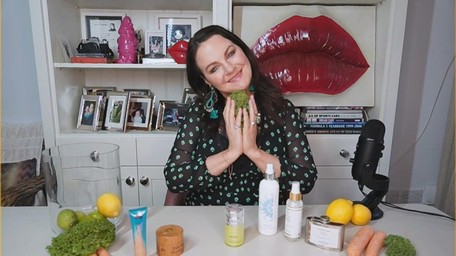 Whether you're a full-time vegan, or a newbie looking to try Veganuary, there's a whole host of fantastic beauty buys waiting to be discovered. 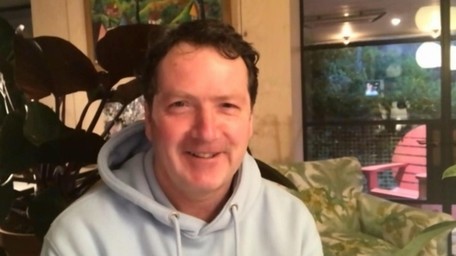 Whether you’re looking for a New Year hobby, or simply want to put those green fingers to use, January is the beginning of the gardening year – a time for fresh starts and the perfect opportunity to spruce up your greenery, whether in the garden or out on your balcony! 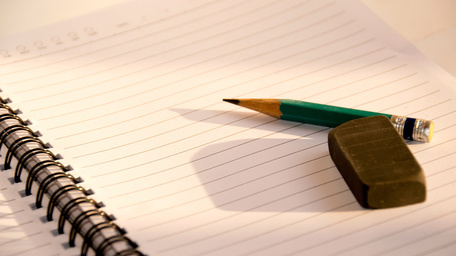 Schools across the country have been forced to close once again due to Covid-19 restrictions. And for some parents who may still be reeling from last year’s prolonged schools closure, the prospect is daunting.